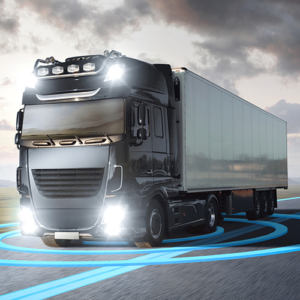 Autonomous Trucks: Why They Will Arrive Faster Than You Think

In a short period of time, autonomous vehicles have gone from long-shot science project to the accepted wisdom.

First, startups like Waymo captured the attention of engineers, promising radical change. Meanwhile, Mobileye demonstrated that it was possible to achieve incremental progress through automation of regular vehicles.

Then, larger companies came in. Intel bought Mobileye for $15 billion. Lyft and Waymo formed a partnership to collaborate on self-driving cars. Uber purchased Otto for more than $600 million, less than a year after it was founded.

Today, Fortune 500 companies are making major bets. A good case study is Ford Motor Company. Ford studied these breakthroughs in autonomous vehicles. They characterized these changes as “the fastest transformation in 100 years.” As Ford watched these trends, they decided to respond with key investments and acquisitions. Ford formed a strategic venture arm in Silicon Valley, called the Ford Research and Innovation Center. Ford then invested in several autonomous vehicle pioneers, including Velodyne LiDAR, Civil Maps, SAIPS, ARGO AI, and Nirenberg Neuroscience. Today, the joke is that FMC now stands for “Ford Mobility Company.”

These moves all reflect faith in the future of self-driving cars.

However, are autonomous cars actually ready?

As a recent Forbes article reflects, accidents like the May 2016 Tesla Autopilot crash and the March 2018 Uber autonomous vehicle crash triggered alarms. A recently-published Rand Corporation report suggests that existing fleets could take “tens and sometimes hundreds of years to drive these miles” required to ensure truly safe self-driving.

So… are self-driving cars poised to enter the trough of disillusionment?

As it turns out, there’s a better early adopter for autonomous technology: trucks.

Komatsu got off to an early start. Komatsu introduced its “Innovative Autonomous Haulage Vehicle” in 2016 at Minexpo. Since then, it has begun to commercialize. Since then, Komatsu has begun to operate these trucks in the mines of Australia.

Another breakthrough is on US highways, with Peloton (the software company, not the exercise bike).

Peloton is providing companies with machine-to-machine communication that allows trucks to draft off one another in sequence like bicycles in a race. When the first truck brakes, the second, third, and fourth trucks can follow in lockstep. This technology, known as platooning, is now being used by Fortune 500 companies and truckers, and is backed by companies like Intel, BP, Lockheed Martin, Nokia, UPS, Volvo, Mitsui, Schlumberger, and others.

In sum, the conventional wisdom has it wrong. Self-driving cars have the sizzle, but self-driving trucks are the steak. Incremental progress in trucking is the future of autonomous vehicles. And it’s already here!