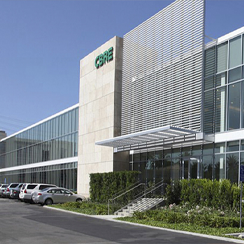 Research issued this week by Los Angeles-based industrial real estate firm CBRE pointed to a mild uptick in the second quarter availability rate for United States industrial real estate, snapping what the firm called a historic run of consecutive quarters of declining availability at 34, its longest stretch going back to when it first started tracking this data in 1998.

Demand and supply have been relatively balanced over the last year, according to CBRE, with the firm noting developers delivered 206 million square-feet and users occupying 208 million square-feet. And CBRE said 27 U.S. markets registered declines in industrial availability from the first quarter to the second quarter, with 33 reporting increased availability and four unchanged.

The cease in quarterly declining availability was in line with a long-anticipated forecast by CBRE, noted CBRE Head of Americas Research and Global Chief Economist Richard Barkham.

“In the future this might provide respite for e-commerce companies and other users that have faced many years with scant availability of space,” said Barkham. “At the moment, though, the market remains quite tight. We do expect the factors driving demand to ease slightly in the coming quarters, as economic growth slows. This won’t be anything dramatic, as the overall economy is in good shape. But market conditions will ease slightly, particularly for larger units.”

CBRE said that on a four quarter rolling basis demand continued to exceed supply, saying that given a still-strong supply pipeline, as more supply comes online, the availability rate is expected to remain in close proximity to its current level in advance of gradually rising.

As for the remainder of 2019, CBRE said that underlying conditions for the industrial sector remain solid, with what it called a healthy 2019 outlook, despite gradually fading fiscal support and likely slower global trade, and a more dovish-to-neutral outlook for monetary policy. Positive factors it noted included a still robust labor market, modest wage growth, and still resilient consumer activity.

With U.S. industrial and logistics real estate availability increasing slightly after a 34-quarter run, Barkham said CBRE expects availability to gently increase, due to an anticipated slowdown in the economy, and some evidence big box demand is weakening.

While the market is still tight even though availability headed up in the second quarter, Barkham had a message for current and future tenants: “Don’t expect too much pressure to come out of the market, but conditions for occupiers will be easier in some segments of the market.”

With supply and demand fairly balanced, Barkham highlighted various factors, good and bad, that have the potential to impact the current scenario.

“A slump in the economy, maybe due to uncertainty about the trade war, will be bad,” he said.  “An uptick in the economy, which we think more likely, due to lower interest rates, would be good.”