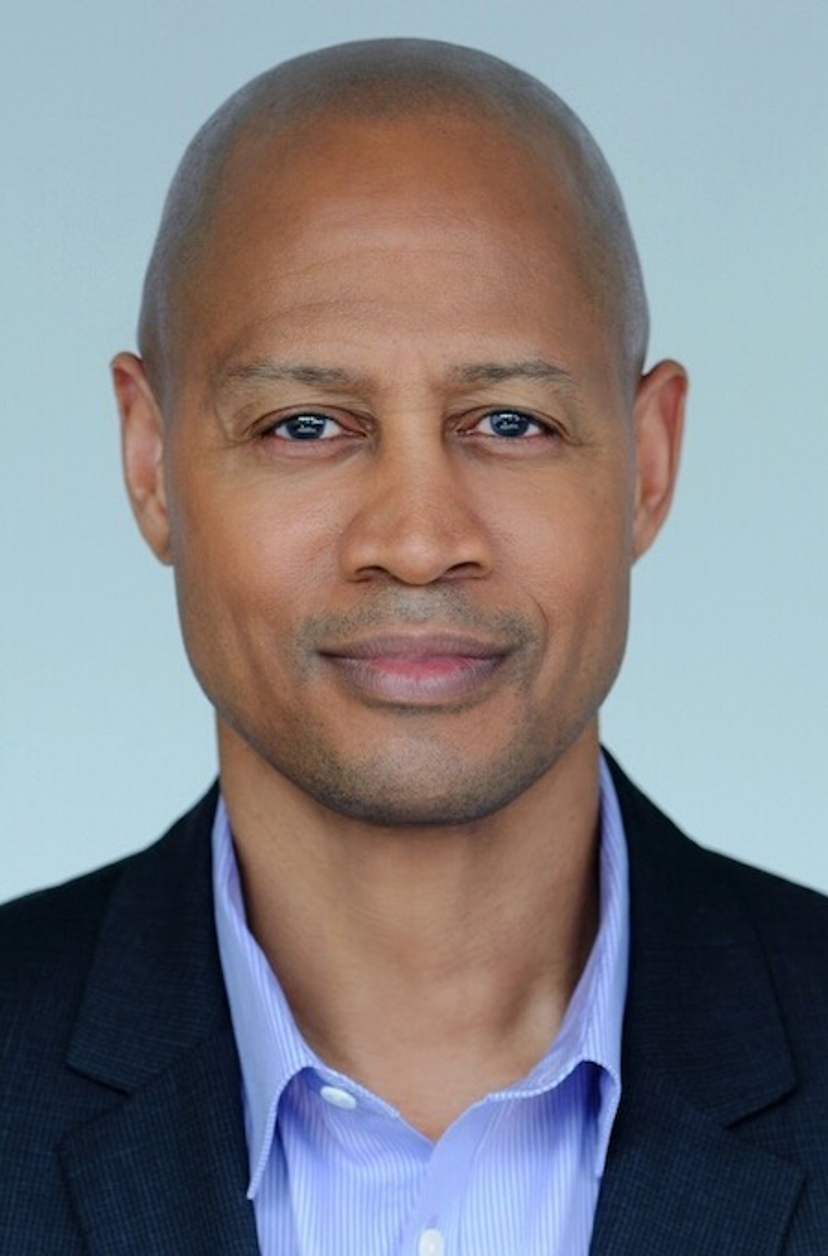 It’s a sad and gloomy time in the world today, especially in our home of the United States of America. Due to the murder of George Floyd in Minneapolis, Minnesota and the world-wide movement and uproar since injustice began, it’s high time and way past due that we take a good solemn heartfelt look at systemic racism and injustice in the United States. This can easily be attributed to America’s Institutional Value Systems, which includes eurocentrism (the belief and practice rooted in the notion that European culture is superior to all others), androcentrism (the belief and practice rooted in the notion that manhood is superior to womanhood), and classism (unfair treatment of people because of their social or economic class). In addition, the alleged fabricated letter of Willy Lynch written in 1712, has been embedded in the mindset of racist, white Americans and used to govern how Blacks have been treated historically and today in the United States. The fire has been lit and this one will be hard to extinguish until change and progress are made. If you understood the struggles and social injustices endured by Black Americans historically in the United States, but also knew of the great contributions that we’ve made to this country, you would understand the disappointment, rage and anger of why we’re upset as to what’s still happening in today’s society.

I recognize that I would never be in this position today without the history and injustices that my ancestors endured. I’m under the impression that these things needed to happen before baby steps could be taken to move forward. This is important for me to share so that you have some perspective on past race relations and how they impact today’s movement. In 1921 there was a devastation in Tulsa, Oklahoma’s Greenwood District, known as Black Wall Street. Here, a wave of racially motivated violence destroyed an affluent Black American community which was seen as a threat to white-dominated American capitalism. In short, because it was against the law for Blacks to shop at white-owned stores, Black entrepreneurs built a dynamic business hub comprised of thirty-five square city blocks. Because this was progress and prosperity for Black Americans, it created both fear and jealousy in the white community. To ensure these businesses would not thrive, an alleged encounter between a Black man and white woman in an elevator had been reported that stirred major controversy (history reports that the Tulsa Tribune reported without any facts) and whites in the area refused to wait for any investigation and sparked two days of unprecedented racial violence destroying the Black community. Since Blacks were outnumbered, they were unable to protect their businesses and homes as whites burned them down as well as looted their goods. On the contrary, there were positive stories in history that gave Black Americans hope for change. One of those stories is of the great Jesse Owens, a Black man who won four gold medals during the time that Adolf Hitler’s intention was to use the games to demonstrate Aryan superiority. We all know that Hitler refused to shake Owens’ hand but that did not stop the German public from adoring him. In fact, one of the Germans, Carl Ludwig (“Luz”) Long ended up being one of Owens closest friends and was the main reason Owens won the long jump. Carl recommended to him that he use a towel in front of the take-off board after Owens foot faulted on his second attempt. I don’t think anybody would have imagined this type of sportsmanship. What a great exhibit of camaraderie between two competing athletes of very different backgrounds. It’s the type of unity that should exist today across the United States.

Today, as the country continues to try and build upon race relations, we can absolutely agree that Black Americans have seen some progress since the riots of LA in 1992. First and foremost, Colin Powell became the first Black American to be appointed Secretary of State, under George W. Bush in 2001. Furthermore, on January 20, 2009, history was made in the United States, when Barack Obama, became the first Black American man to be inaugurated as the 44th President of the United States. Moreover, in 2013, “The Black Lives Matter Movement” came into existence with the mission to “eradicate white supremacy and build local power to intervene in violence inflicted on Black communities by the state and vigilantes.” In August 2020, Kamala Harris, became the first Black woman to be included on the presidential ticket. Is that progress? Absolutely! Are we satisfied? No! Because we continue to witness police brutality and murdering of our innocent Black brothers and sisters. Names like Breonna Taylor, age 26, (2020) who was home sleeping and unarmed when three plainclothes officers broke into what they thought was a home carrying drugs. She was shot eight times and died in her hallway. There were no drugs found. Today, no officers have been arrested and we are still waiting for justice. Also, Atatiana Jefferson, age 28, (2019) who was shot and killed innocently through the window of her home and in the presence of her eight-year old nephew. The police were responding to a call from a neighbor who reported that Jefferson’s front door had been left open. Action taken: The officer resigned and was later indicted on murder charges. This is progress for sure, but it won’t bring back an innocent life. Then there’s Botham Jean, age 26, (2018) who was sitting in his own home eating ice cream, when an off-duty police officer entered his apartment, “mistakenly believing,” she claimed, that the apartment was hers and he was a dangerous intruder. Action taken: The officer was found guilty of murder and sentenced to only 10 years in prison. The maximum sentence available was 99 years. How about Ahmaud Arbery, age 25, (2020)? While he was running in his own neighborhood, he was shot and killed by two men who claimed they thought he looked like a suspect in several break-ins. Action taken: Three men indicted on murder charges and another innocent Black life gone. Rayshard Brooks, age 27, (2020) was shot in the back and killed at a Wendy’s after an altercation with police for being asleep in his car while at the drive-thru and not passing a breathalyzer test. Action taken: The police officer has been fired and charged with murder; however, he had been given an opportunity for a $500,000 bond because the judge communicated that she didn’t think he was a flight risk or would intimidate witnesses. History of this officer had shown a reprimand for previous firearms violation in 2016. Finally, in Kenosha, Wisconsin, where Jacob Blake, age 29, was shot in the back seven times as he walked away from an altercation with police. Action taken: To date, we don’t have all the facts, and we’re still waiting on an outcome for the officers who were involved. The video footage clearly shows this man being shot at point-blank range. I want to put this into perspective. In 2015, Dylann Roof, who is Caucasian, murdered nine innocent Black people at an African Methodist Episcopal Church in downtown Charleston, South Carolina. After being taken into custody, the Shelby Police purchased Burger King for him because he communicated that he was hungry. More recently, a 17-year-old, white male, shoots and kills two protestors on a street in Kenosha, Wisconsin. Countless people witness and video him walking down the public street with a semi-automatic long gun strapped over his shoulder with his hands up, but the police don’t arrest him. These incidents are examples of how far we still have to go in terms of racism and injustice. It’s the main reason Colin Kaepernick took a knee in 2016 and the reason you’re seeing the protestors continuing their march after the murder of George Floyd. Americans of all races are speaking out which is astounding, and people need to be held accountable for their actions. I believe the protestors will continue to be relentless until they feel like their voices are heard and plans are put in place for action. Over the last several months, it’s been exciting to see the cooperation, apologies, support, and acknowledgment by various Fortune 500 companies, major Universities and sport leagues, such as the NBA WNBA, NFL, NHL and MLB. America will always be stronger together, regardless of race or the color of a person’s skin.

Having grown up Black in America, I’ve witnessed and endured a little bit of everything, but I’ve never let that define who I am or how I treat someone. That’s not how I was raised. What I can tell you is that I feel like Rehrig Pacific is turning the corner when it comes to understanding more about race relations. Will Rehrig took a chance on hiring me because he believed I was the best qualified candidate for the job, regardless of race. From the first day I started with the company, I’ve felt nothing but support, trust, respect, love, and an integral part of this great family. There’s not a day that goes by that he doesn’t thank me for being here and there’s not a day that goes by that I don’t thank him for the opportunity he gave me. I won’t let him down. My experience here has been outstanding and I know that’s the culture the company wants all of its Black employees to feel. As a leadership team, we’ve already begun having discussions on how our company and its people can continue to be better in the support and opportunities for Black Americans. We absolutely have some work to do, but I’m very optimistic on how we’ll proceed moving forward as an organization. In addition to that, effective immediately, I will be leading a new group of Black employees on a monthly call to discuss personal feelings, work related items and financial goals. The name of the group will be called Cultural Club. I’ve been given the opportunity and a platform to give back to my community, so it’s important to me that I do whatever I can to ensure our people understand, learn, and feel good about their future here for years to come. Will’s commitment, as well as mine, are for our Black employees to have a voice and to also be comfortable interacting with people of their own race. Finally, I’ve been asked by several of you on what you might be able to do better to serve and support Black Americans. While I’d like to be able to give you that answer, my recommendation for you is to do some research and educate yourself with Black history facts. There’s a lot of information that will give you greater perspective. Read books, watch Black historical movies, and most important of all, don’t believe everything you hear and see in mainstream media. We are in unprecedented times today, but I’m excited about the position that Rehrig Pacific is taking and can’t wait to see what the future holds over the next several years.