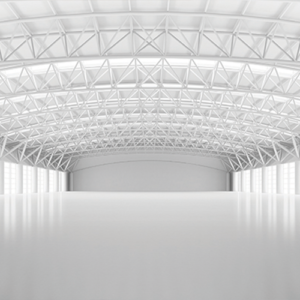 In an analysis of the largest 100 U.S. industrial & logistics leases by square footage for 2019, Los Angeles-based industrial real estate firm CBRE reported this week leases inked in the food & beverage industry, as well as in e-commerce and logistics led the pack, with some varying shifts.

CBRE’s research paper, entitled “Dealmakers: E-Commerce & Logistics Firms Drive Demand for Large Warehouses in 2019″ found that e-commerce and logistics companies represented 52% of the 100 largest warehouse leases by square footage in 2019, coming in at more than 45 million square feet and ranging from 598,000-to-2.5 million square feet.

The firm observed that even though “major players dominated most of the deals by e-commerce companies in 2019, growth also came from traditional retailers that implemented omnichannel strategies to satisfy the rise in U.S. online sales.”

While e-commerce and logistics represented 52% of the 100 largest warehouse leases by square footage in 2019, it was down from 61% in 2018, CBRE stated. But even with that 9% annual decline the firm said that e-commerce and logistics represented more leases—54—and square footage—45 million—within the top 100 than the next closest category, which was wholesalers, at 18 leases for 15.2 million square feet.

CBRE’s Associate Director of Industrial & Logistics Research Matt Walaszek said in an interview it was not surprising to see the volume of deals decline slightly in the e-commerce category because new supply was down 5% from 2018.

“So it’s consistent with the overall slower growth we’re seeing in the market,” he explained. “With that said, there still is a lot of activity in this category as large retailers and e-tailers cater to their customers with shorter delivery times. We expect this trend to continue in 2020, given that consumer sentiment in the U.S. is still quite strong.”

As for the biggest climber by sector in CBRE’s report, the food & beverage sector, spurred on by the ongoing expansion in grocery delivery, significantly upped its share from 2018 to 2019, with 13 of the top 18 industrial leases, accounting for a total of 13 million square feet. This is up from 2018’s nine leases for 8.8 million square feet, an increase of more than 30%.

Walaszek said that food & beverage users are extremely active, which is reflected in the aforementioned numbers.

“As the grocery industry continues to evolve and modernize, we expect demand for freezer and cooler space to accelerate in the foreseeable future,” he said.

CBRE’s research also noted that 50 of the top 100 leases were for warehouses of 800,000 square-feet or more, which it said reflects continued demand for large, tall, modern buildings, adding that these transactions were allocated over 35 markets and the Inland Empire, PA I-78/81 Corridor, Memphis, Dallas/Ft. Worth, and Atlanta representing the largest volume of transactions by square footage.

From a supply chain perspective, Walaszek noted that the move towards large, tall, modern buildings is indicative of companies ramping up their distribution network to service customers more efficiently.

“This type of product helps entities like e-tailers, home goods companies and logistics operators fulfill orders as rapidly as possible,” he said. “Keep in mind that, although there is still a demand for big box distribution, we are still seeing robust demand for smaller facilities strategically located in major metro areas. These two trends support each other in an evolved ‘hub-and-spoke’ model.”