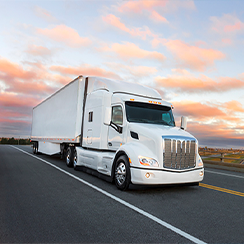 FTR’s Shippers Conditions Index is up for fifth consecutive month

For February, the most recent month for which data is available, the SCI came in at 0.6, which is below January’s 1.4 and December’s 1.8 which marked the highest SCI reading in more than two years, going back to August 2016.

Despite a minimal change percentage-wise, the most recent edition of the Shippers Conditions Index (SCI) from freight transportation consultancy FTR stayed in positive territory for the fifth consecutive month.

Looking ahead, FTR said it expects the shipping environment to see gradual improvement through early in the fourth quarter, followed by conditions that it said should settle into a near neutral range, with truck freight rates expected to be down, capacity additions that will likely decelerate, as well as a fairly stable fuel cost outlook. But fuel comes with a caveat, explained FTR, should crude oil prices continue to head up, as that could raise shippers’ costs and have a negative impact on the SCI reading.

“The freight market remained relatively balanced in February despite the beginning of significant weather-related disruptions to freight flows,” said Todd Traunasky, FTR vice president of rail and intermodal, in a statement. “A stable truck market combined with resilience in the eastern rail networks have helped keep shippers conditions from deteriorating.”