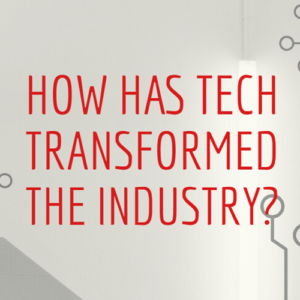 How has technology transformed the produce industry?

Rise of Automation in Communication

Remember the days when cell phones weren’t “smart” and clouds were just something you watched for rain? Ah, technology has come a long way.

Prior to the 1980s, produce sales offices were a cacophony of voices, as a salesperson might have three or four handheld telephone receivers up to their ears taking orders. The fax machine was king in 1987, streamlining the fast-paced industry with orders being sent nearly instantly over phone lines.

Computers weren’t far behind. “We were one of the first produce companies to computerize and use fax machines,” says Gary Wishnatzki, president and owner of Wish Farms in Plant City, Fla. “I still remember a salesman of mine in 1983 or 1984 when we introduced computers for order taking and shipping who said ‘what do we need computers for?’”

Wherever you look, technology has advanced produce operations at lightning speed over the past 25 years. “Back when I first started, the temperature recorder [for a load] on a truck was a little machine that looked like a little radio; it had a roll of thermal paper,” says Jim Grabowski, marketing manager for Well-Pict Berries, who’s been in the strawberry industry for more than 30 years.

All the technological upgrades had one goal—faster ways to gather and distribute information. Today the popular term is simply “data,” which can be traditional numbers, words or paragraphs, visual images, or new-fangled modes like GIFs, emojis, and more. But the goal for automated systems remains the same—information, in whatever form—to drive business solutions.

The Move to Gather Data

From a supply chain stance, this type of digital data has been critical in maintaining a safe food supply. The digital chain of information—now called blockchain—allows all parties involved to trace the history of any given box of fruit or tray of vegetables: when they were planted, who picked them (and what hour of what day), where they were packaged, when they were transported, when they were received, and even how they were used (retail vs. foodservice, for example).

Digital cameras made their mark on fresh produce starting in the 2000s. “In the past, you would have to physically describe product damage or issues [over the phone],” Grabowski notes. “Now, if [a load] doesn’t meet standards, you can take a photo and have it a minute later.”

By 2000, wholesalers could shoot digital images of product from their spot on a terminal market and send them to potential customers for their approval, or showcase a new specialty item. At the grower level, inspectors in the field could snap a photo of potential pests or moisture damage and instantly transfer that information to a field manager, allowing for early treatment.

Videos became popular in the 2010s, revolutionizing the way the industry teaches others (think YouTube videos and Ted Talks) and how people promote products (including recipe prep and “how to” processing videos).

Delving into the Data

What to DO with all the data collected by fresh produce companies is the next challenge. Wish Farms, with its new automatic harvester for strawberries, notes that the machine takes more than 100 photos per plant during harvest. “We’ll have a catalog of more photos of strawberries than have ever been taken,” Wishnatzski says.

Advancements in the Field

All the data out there has caused industry leaders to rethink their operations with an eye for making processes more efficient, effective and economical.

Wish Farms began working on an automatic harvester for strawberries in 2013 along with Harvest CROO Robotics.

“Back in late 2000s-2010s we were seeing major issues with availability of labor,” Wishnatzski says. “It became clear to me then that it was not going to improve.”
Typically, human harvesters will go through a strawberry field about 40 times within the six-month harvest period.

The machine, called Harvest CROO—Computerized Robotic Optimized Obtainer—has gone through several iterations and the company is closing in on a commercial machine that should be in the fields for strawberry harvest this fall, Wishnatzski says.

Prior to planting, plastic-lined strawberry fields use GPS to determine where each strawberry plant will go. That data is mapped and stored in the cloud for the machine to reference later.

Using data gathered from previous technology, the new machine features a picking wheel with a series of claws and the ability to twist and move like a human wrist, allowing the harvester to select only ripe berries during each pass of a row. The company also worked hard to develop a vision system (via digital camera images) with “stereo vision,” which allows the harvester to “see” several angles of a plant and record digital images of each developing berry. That data is recorded so that the harvester knows when each individual berry on each individual plant is ripe and ready to pick.

A few growers are experimenting with drones—that’s right, unmanned flying computers—to monitor crop conditions for pests and diseases. New Jersey tomato grower Growtopia/Sorbello Farms has experimented with the technology in an effort to pinpoint pesticide usage. If a problem is discovered, drones can be programmed with a particular field location via GPS and sent out for a precision application.

There’s the potential to do similar field scouting of strawberries embedded into the technology of the CROO harvester, Wishnatzki says. Cameras on the harvester sit below the canopy of the strawberry plants, giving growers the ability to note disease or pest pressure at the ground level instead of from the air (as is the case with drones) and be able to make a precision application of chemicals as exacting as a row or even a particular plant.

Focus on the Future

“Mechanical harvesting platforms are today where cell phones were in the early 1980s to make a phone call,” Wishnatzski says. Growers right now are thinking about how to use automation to pick berries, he says, “but there are so many more things that it will be capable of doing once we have these platforms going in the fields.” Instead of using humans to count strawberry blooms and forecast crops, the platform will be able to do it more accurately.

“There are a ton of other possibilities,” Wishnatzki says, which might include using UV light to kill mildew and using fungicides in conjunction with machines running at night, maximizing efficiency. “We’re also looking at hydrocooling berries in the field on that same platform/machine,” he says.

While the industry may not know what new innovation is next around the corner, it can be sure that technology will drive the change.